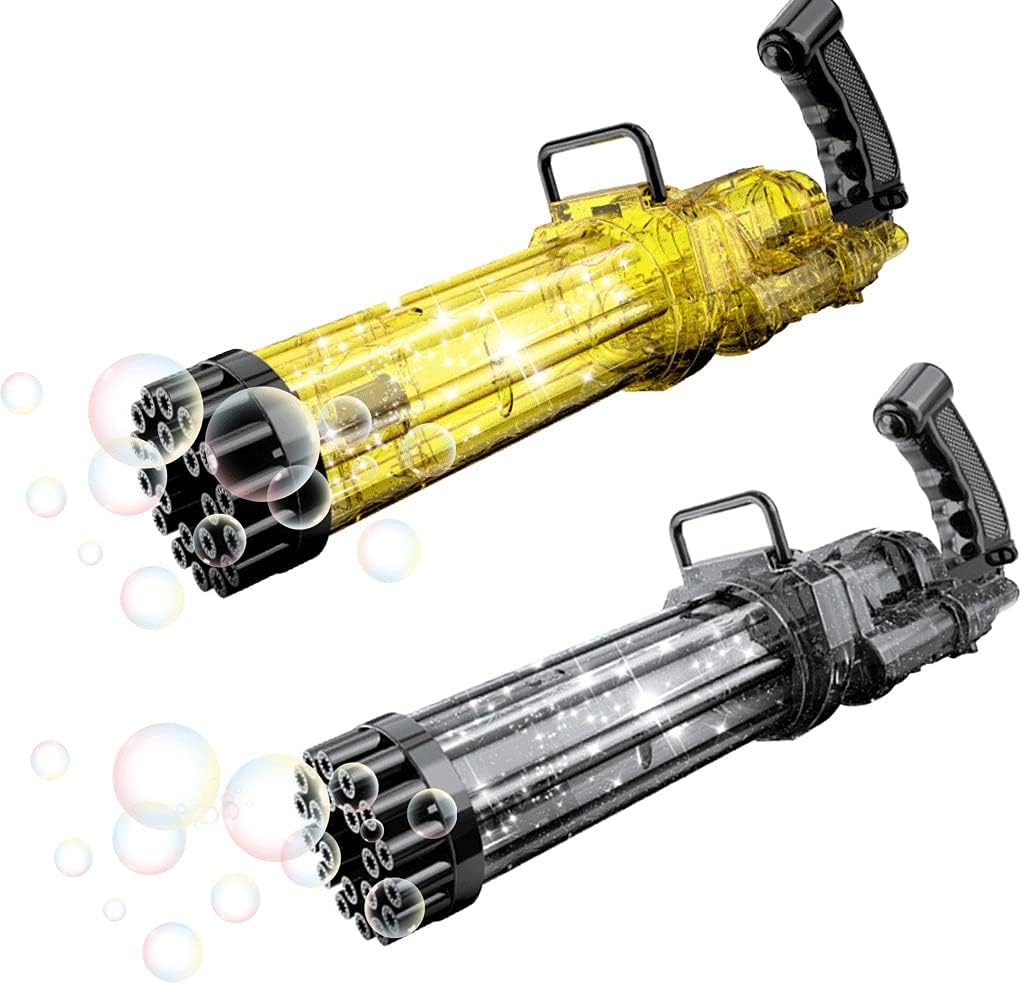 Welcome to our store, you can view more styles of products when you enter the store!

21 hole Gatling bubble machine, unique and interesting appearance design of Gatling gun, can produce countless bubbles, our bubble machine can promote the development of children's imagination and creativity, bubble shooting game for you, kids Can be carried with you. This is an interesting interactive toy. It can keep them entertained for a long time."br""br"Product name: Gatling bubble gun maker"br"Function: blowing bubbles, fun toys, outdoor toys, can be used as a fan"br"Ability training: intellectual development, brain use, grasping, interactive toys, interest training"br"Material: safe ABS material"br"Color: black,+yellow"br"Size: 38*14CM"br"Product power mode: 4*AA batteries (the product does not include batteries and bubble water)"br"Package includes: 2* Gatling bubble gun + 2* bubble tray + 2* bubble bottle (no bubble water)"br""br"notes:"br"The photos are 100% taken in kind, but due to the influence of light and monitor, some color abnormalities may appear. Please note that manual measurement will have an error of 1-2CM."br"If you have any questions, please contact us. We will respond to your message within 24 hours.