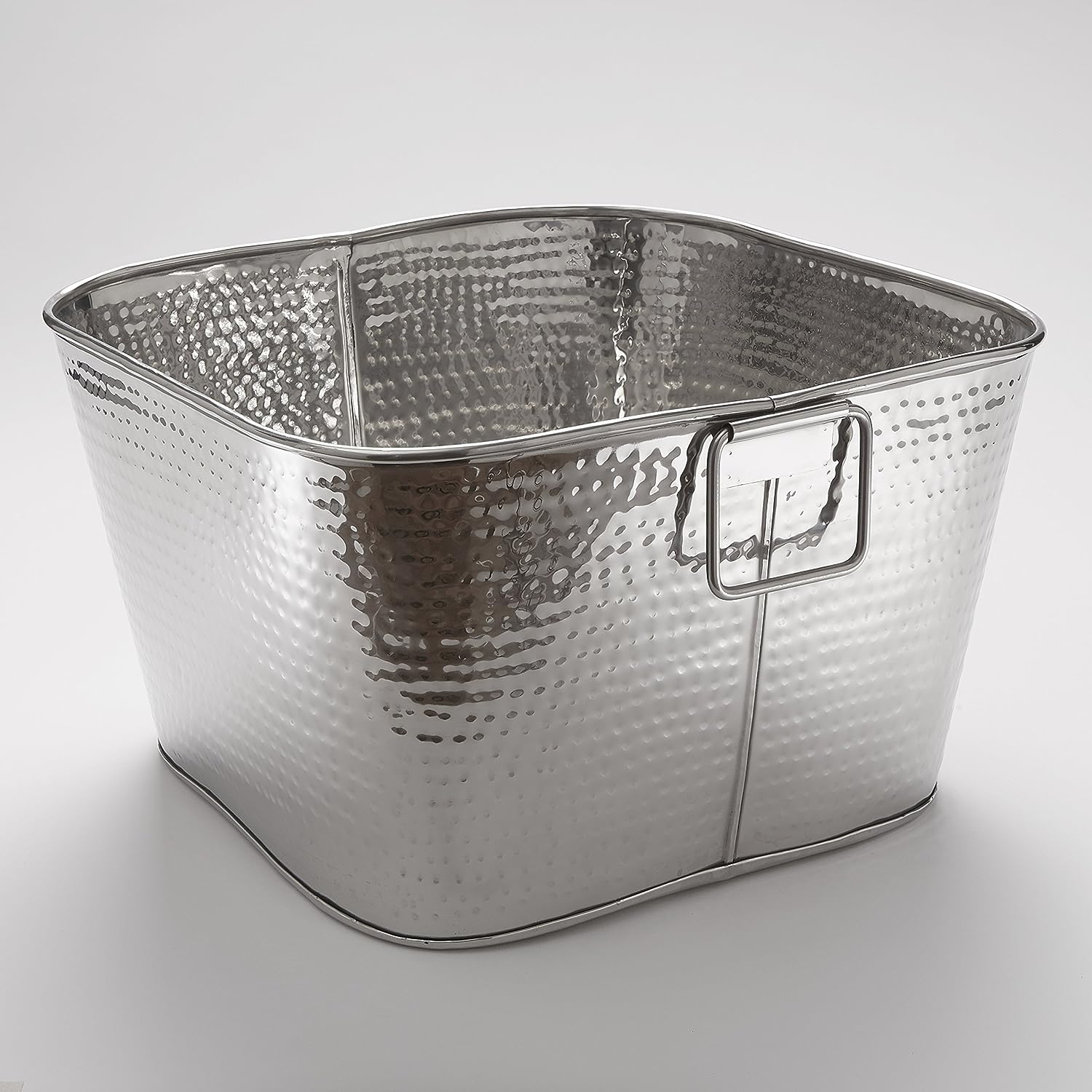 By the late 1950s, the company expanded from its pizza pans and plate covers and began to sell copper shapes and bowls which sold primarily to copper enamelers. In 1961, Herbert Kahn succeeded his father as president of American Metalcraft becoming a second generation president and CEO. By then, American Metalcraftâs product line began to grow even larger.

The 1990s saw tremendous change for American Metalcraft. The late Herbert Kahn passed the reigns of American Metalcraft to his son David and daughter Susan Kahn Bank in 1995 transitioning to third-generation ownership. The company was able to expand from a 6,000 square foot facility in Chicago into a 120,000 square foot facility in west suburban Melrose Park. The product line at American Metalcraft also began to expand. While maintaining its historical core business of pizza supplies, bar supplies, and plate covers, the company was able to add many items in kitchen and tabletop and buffet supplies.

The company was able to successfully reposition itself as one the premier restaurant supply companies in the foodservice industry. Not only has the company continued to introduce hundreds of new products every year, American Metalcraft also stayed committed to producing its own pizza pans and plate covers.

Digital inclusion bonds can have a pivotal impact on building a more prosperous and equitable world.

Digital privacy comes at a price. Here's how to protect it

COVID-19: What you need to know about the coronavirus pandemic on 8 September

The founder of Africa's largest computer science non-profit on bridging equity gaps, making change happen and how to mentor a new generation of leaders.

Investing in nature gives industry and business a competitive advantage. Here's why

14 lessons from entrepreneurs on starting your own business

Sustainability is the CFO's new best friend. Here's why

Engage with our Platforms

See how we create impact, together with our Partners

The World Economic Forum is the International Organization for Public-Private Cooperation.

Scotland Is The Latest Country To Trial A 4-Day Week

This is one of the top-5 trends in today’s workplaces, according to Adecco.

This Robot Can Generate Water On Mars

Geneva Is Giving Out Period Products For Free

This Is Your Brain On Air Pollution

Miracle Cells From Your Nose Could Cure Osteoarthritis

Do we need humans for that job? Automation booms after COVID

India rising on global investment landscape. Get ready for a long equity rally

COP26: How can the world measure progress on the Paris Agreement?

A weekly update of what’s on the Global Agenda

Explore the forces driving change across more than 250 topics, curated by global experts, and identify the most relevant publications, videos, data, and much more

Fancy a career change? AI could help you decide your next move

Survey: How US employees feel about a full return to the workplace

UpLink is a digital platform to crowdsource innovations in an effort to accelerate the delivery of the UN Sustainable Development Goals (SDGs).

COVID-19: What you need to know about the coronavirus pandemic on 8 September

COVID-19: What you need to know about the coronavirus pandemic on 7 September

Remote working - does it make us more or less productive?

A universal COVID-19 vaccine could be closer than you think

COVID-19: What you need to know about the coronavirus pandemic on 6 September